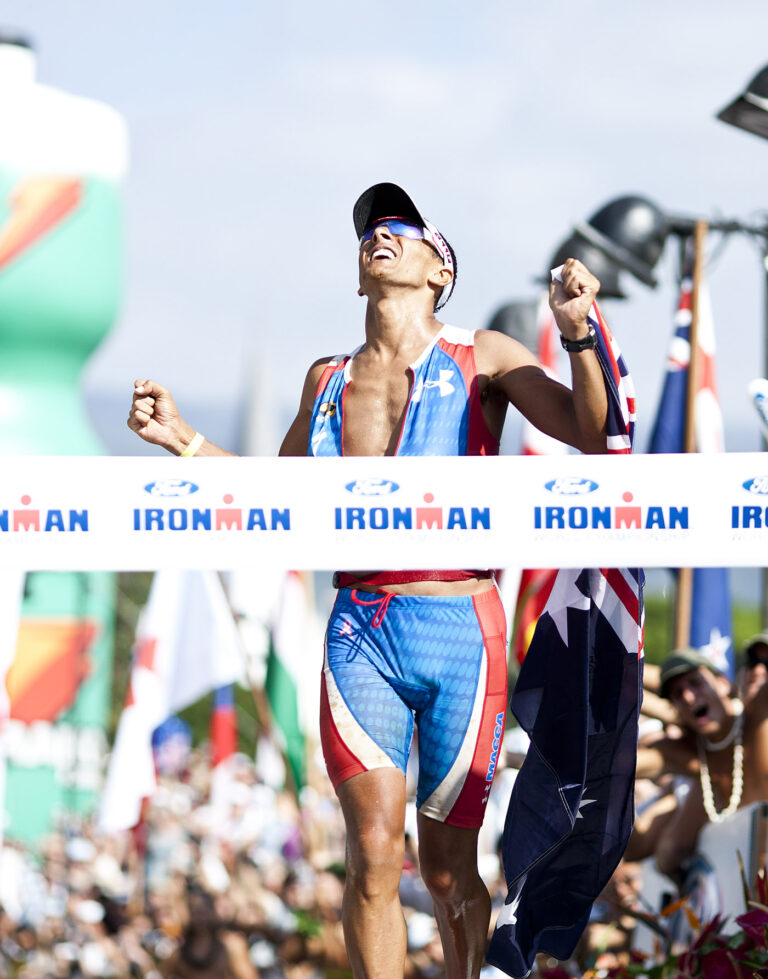 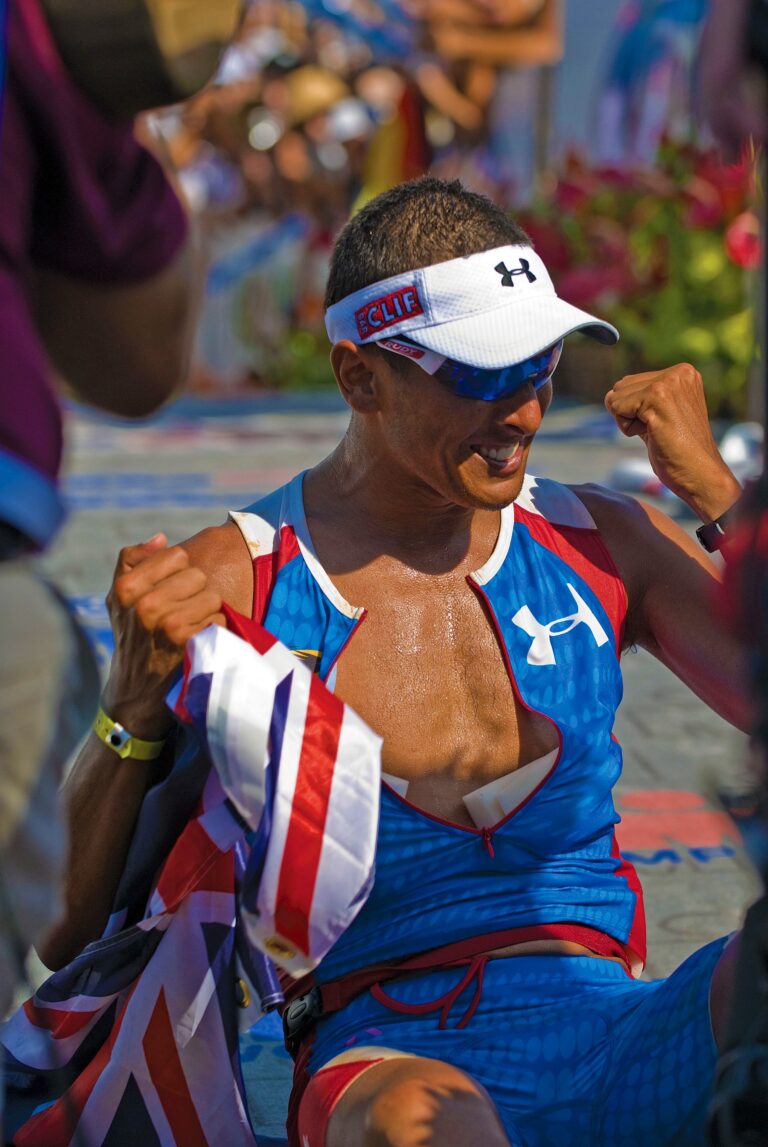 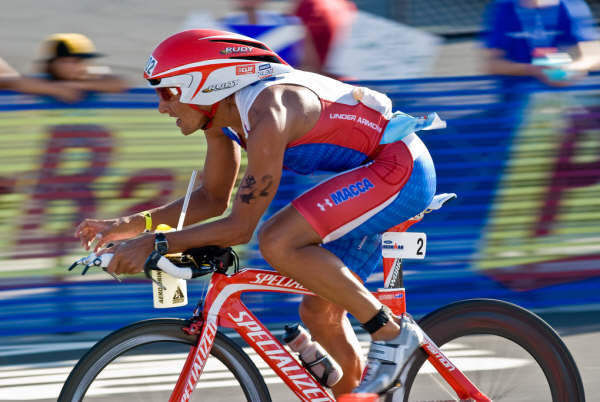 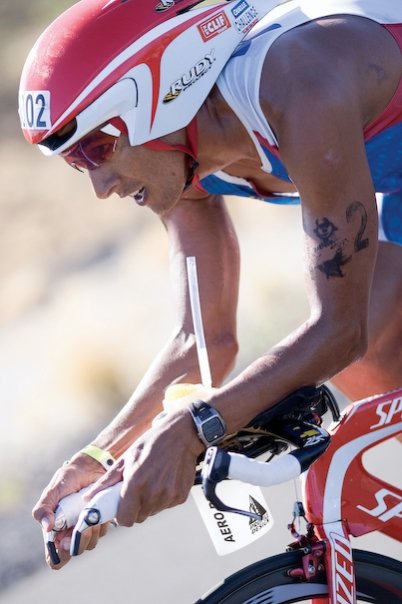 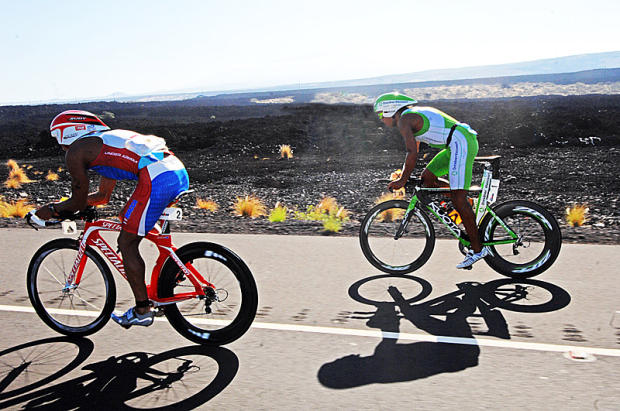 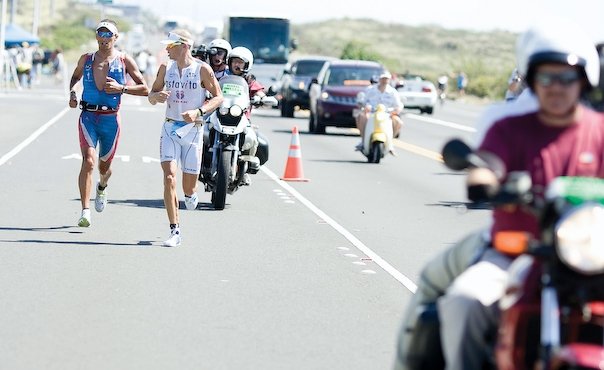 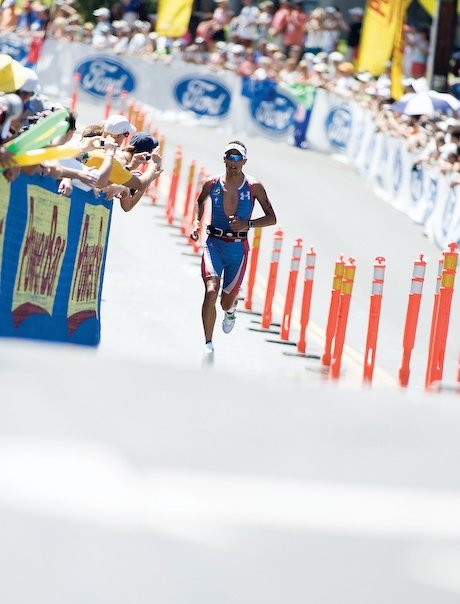 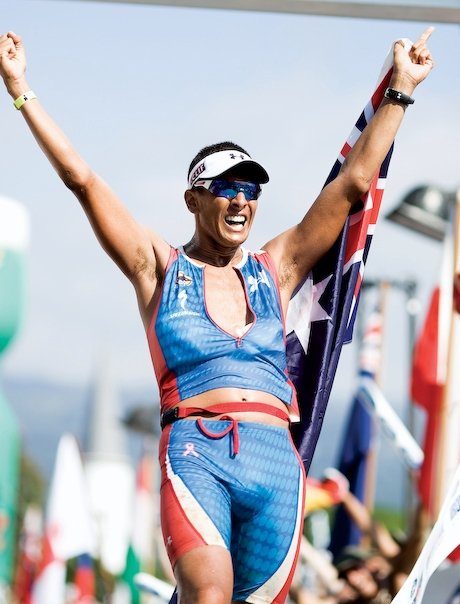 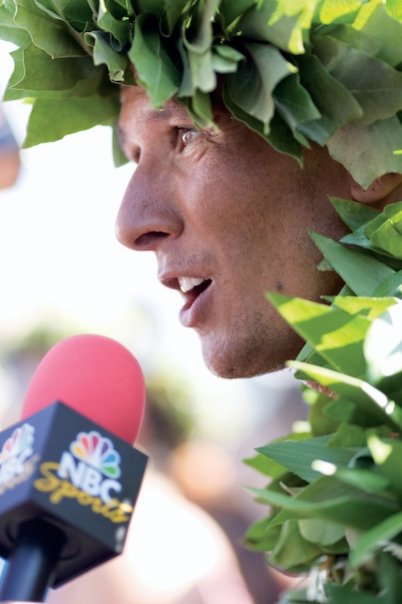 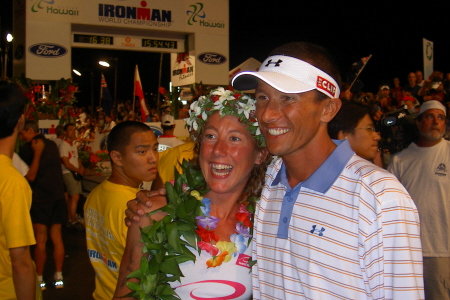 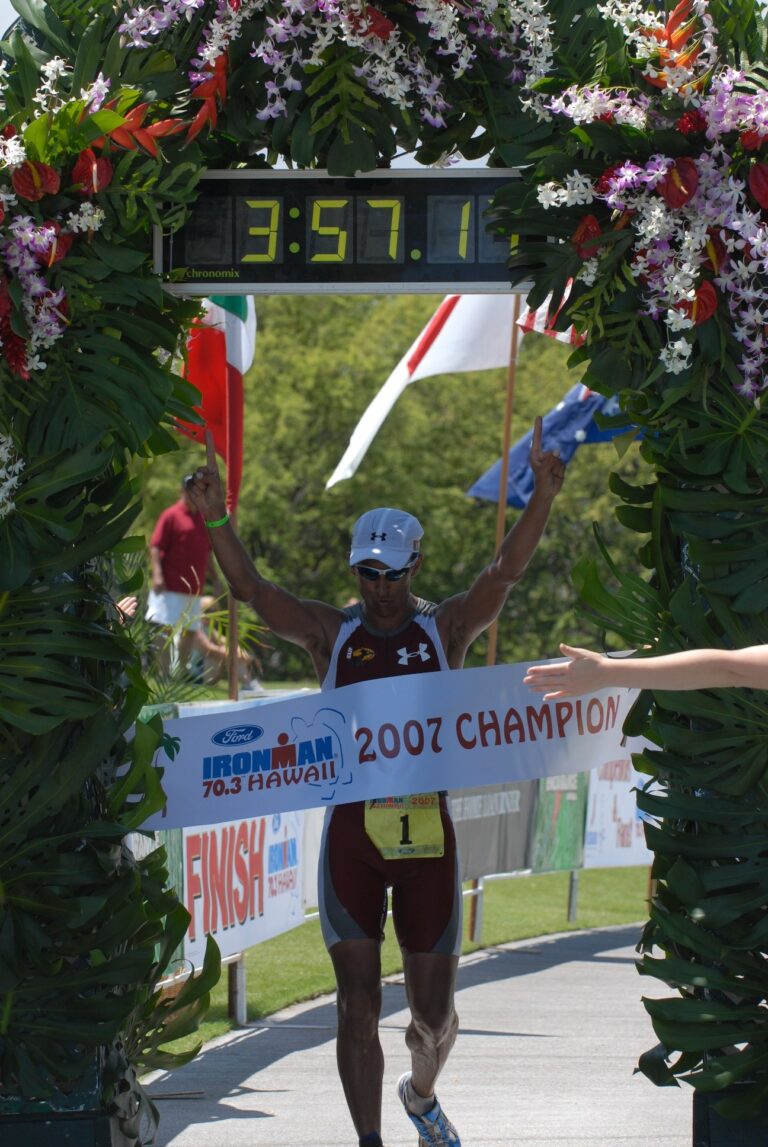 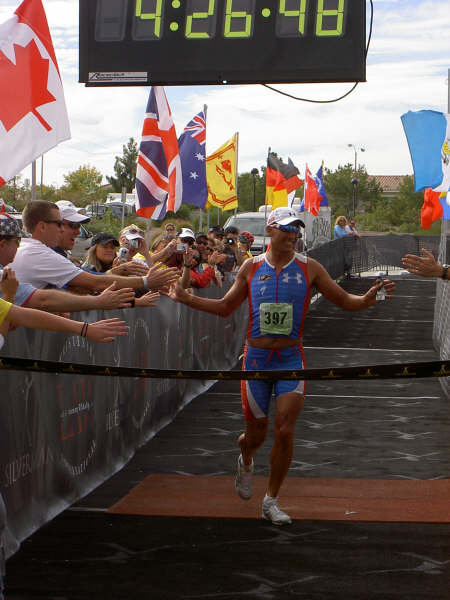 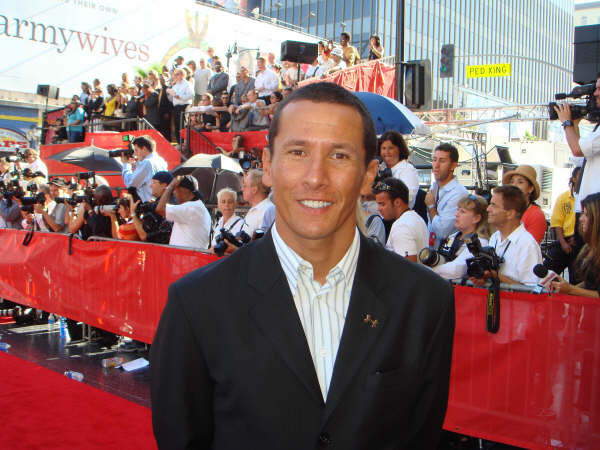 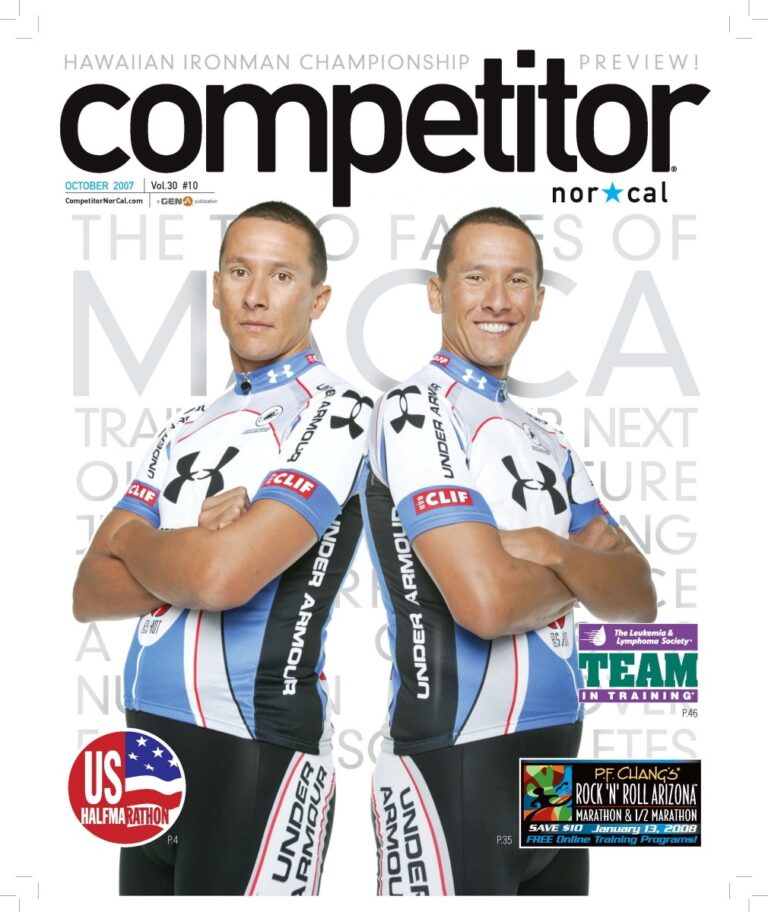 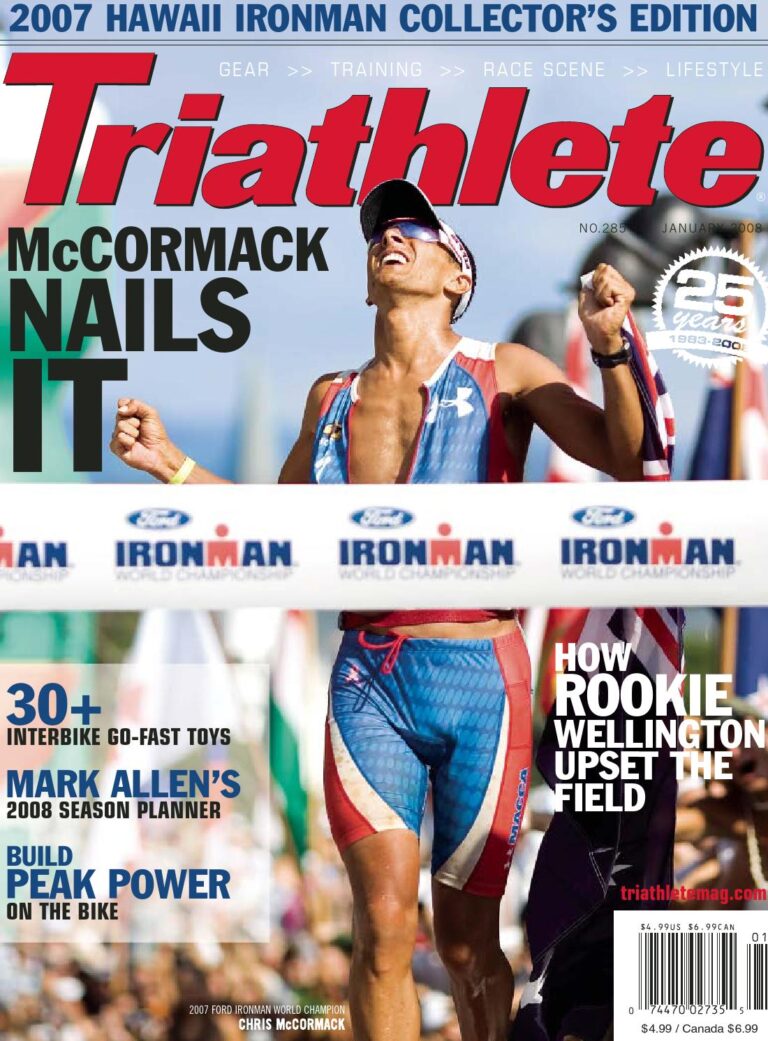 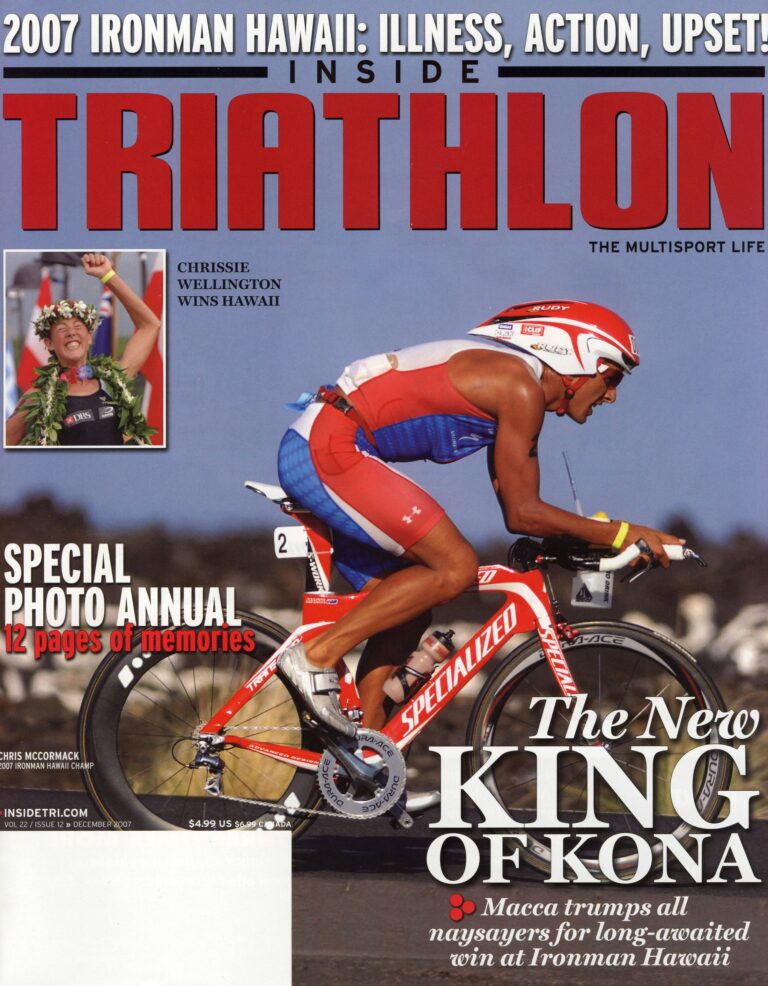 This will go down as the year McCormack shook the monkey off his back and delivered on his promise and talent to capture the Ironman world title in Hawaii.

With a very public argument between the German world champions and McCormack spilling on from the 2006 Kona race, the showdown between these champions throughout the year added fuel to the fire.

McCormack began by dominating the season with walloping wins in Dubai against Faris Al Sultan and a series of wins in the USA and into Europe. Then he crushed the field in Kraichgau, Germany and again in Nuremberg prior to chasing his world record attempt and fourth title at Quelle Challenge Roth. This would put him in the record books as the first athlete to ever win Europe’s biggest triathlon four times in a row.

He raced to a 7:54 finishing time in Roth, with a poor swim and mechanical problem on the bike seeing McCormack miss the world record by the smallest of margins. His 2:41 marathon time and negative-split run leg set up the historic win and made a statement to his competitors that he was not rattled by their feud.

Coming out of high altitude camp in Boulder, Colorado, McCormack came to Kona ready to shake his second place finish from the year prior. While the extreme heat played havoc on the field, he masterfully executed a controlled race with a 2:41 marathon securing his first win in Kona.

Macca would notch two more wins that year, including the Silverman Las Vegas event presented by WYNN Casinos, in a course-record time (this course would become the Ironman 70.3 World championship course in the years later) and on one of the toughest courses in the USA.

In a typical Las Vegas face-off, the winner-take-all race set up a showdown known as “The Man versus The Machine” between 6-time world champion and Ironman legend Dave Scott and Macca. McCormack agreed to a 32-minute handicap to close the generation gap, giving 2 minutes for each year of age difference (16 years).

McCormack would deliver one of the most dynamic solo race wins and take home the USD$50,000 winner’s check that day and establish a time that still remains as the fastest in Las Vegas.