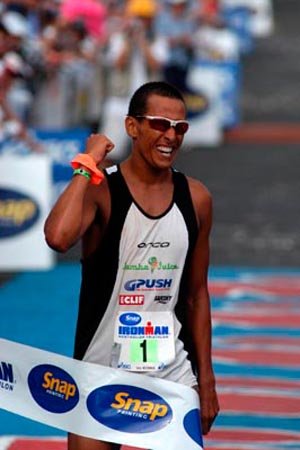 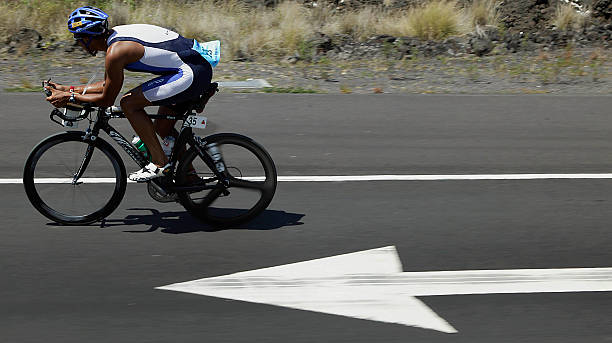 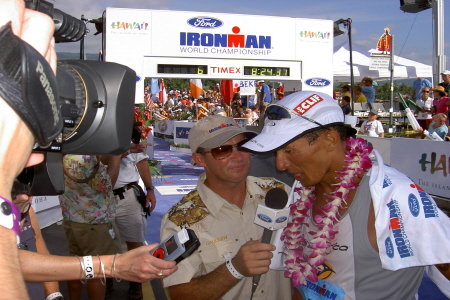 McCormack did a two-month stint in Brazil preparing to win South America’s biggest events. He was defeated in a sprint finish by Oscar Galindez in Chile, but then dominated the Argentina Championships with a massive bike ride over 40 kilometers, which saw him rack his bike more than 6 minutes ahead of former world champion Olivier Marceau.

His early season focus was on the defence and pursuit of a triathlon milestone: winning Ironman Australia four times to equal the record of the great Scandinavian athlete Pauli Kiuru. Kiuru had dominated the race in the 90’s, setting a standard at the race that many said would be unmatched.

McCormack had made this course his own, with the tough roads, heavy winds and hot run conditions making it one of the world’s most difficult courses. He dominated this race again in Australia with an absolute thrashing of the field.

In his victory speech, McCormack said, “Trying to emulate the record of Pauli Kiuru, a legend of the sport, on my home course has always motivated me. To do that today is both satisfying beyond words but a privilege, and I thank Pauli for setting the bar so high and giving me something to chase.”

Macca was then set for a showdown with current Ironman world champion Faris Al Sultan in Germany at Challenge Roth, in what the Germans were anticipating would be a return of their title back to the homeland.  McCormack would overcome Faris on the marathon and defend his Roth title. Faris said: “He had an answer to everything today, and even a flat tyre was not enough to prevent him winning. He was very strong and deserve to win.”

What made McCormack’s season even more remarkable was his success and volume of racing across all distances. He would finish 6th place in Kona, running the fastest marathon of the day (2:44:47) then three weeks later enter the Noosa Triathlon, the most important short course race on the calendar outside of the world championships.

He would defeat the Olympic Champion along with the world’s best short-course triathletes. A devastating knock-out punch on the bike saw him take the win in what Australia media would write in the headlines as “a wake-up call” for the Australian Triathlon Federation and short-course athletes of the world.