It Takes a Team

Chris McCormack writes about how he manages to balance being a professional triathlete and spending time with his family.

Without question, the biggest issue I have found over the past few years, as my family has grown, is managing my time. As athletes it is easy for us to set personal goals and chase after them, but many times, after the goal has been set and the training plan begins, it is the constraints on our time and the sacrifices that are made by the people we love that can derail our desire to continue to chase.

As my children have gotten older and we have returned to Australia because of school, the single-minded focus of professional racing has had to take a back seat to the demands that a growing family requires.

I had promised my family after my last victory in Kona in 2010 that from that point onward, my entire racing and training schedule would involve them as decision makers in the journey. They had sacrificed so much for me, I knew with this victory that my selfish racing days would be a thing of the past. Moving forward my family would help me pick all the races I was going to do in a season and where we would base my training camps.

As a family we chased Olympic qualification, and then as a family we decided that we would go after the one title I had missing in my racing résumé: the ITU Long Distance World Championship. It was my 8-year-old daughter’s idea to go after this title after I sat down with all of them to tell them that the Australian selectors had opted to select me as a reserve for the London Olympic team. Seven months earlier we had decided that chasing a spot on the Australian Olympic team was a goal worth chasing and I dove head first into this to the dismay of many people in this sport. It was a journey we all took together and when it culminated in me missing the team by a single spot, we discussed as a family what to do next. I thought the girls would be disappointed and upset, but I was motivated and excited when I realized how much they had taken from this experience and how sharing it with them had given them a greater appreciation for the sport I love.

After being so engaged in the adventure of racing with me, both my girls have become huge fans of many of the younger guys on the ITU racing circuit, particularly Javier Gomez and Alistair Brownlee. It was great to see this admiration for two athletes I respect immensely, and I laugh when I think about the times on race morning when I saw my kids awestruck when Alistair or Javier walked into the race hotel.

A few days after the London Olympic team announcement, my eldest daughter, Tahlia, said: “Dad, why is it that in the Hawaii Ironman you don’t have to wear the colors of Australia, but at the Olympics you have to wear the Australia uniform?”

I explained to her that even though in Hawaii I may have not been wearing the Australian uniform, the fact that I was born in Australia meant that I always raced with my homeland in my heart. For the past year on the ITU circuit I had been racing in the Australian uniform and I had tried to explain to my kids how proud and special it is when you pull on the colors of your nation. It wasn’t too long before my kids were more excited about identifying what uniform an athlete was wearing than who the athlete was.

Tahlia went on: “Dad, are there any more races you can do this year where you can represent Australia and not just yourself? I prefer when you wear the colors of Australia because then Australia can be proud of you if you win, and not just us. The whole world can see that you come from Australia.”

I had a big smile on my face as she said this, as I knew she didn’t quite grasp that I always raced as a proud Australian, but she associated the opportunity of pulling on a uniform with your country colors as a very dignified experience. I was proud that she was starting to understand that racing and competing was bigger than just yourself.

One discussion we had led me to map out an eight-week plan that would take me to Spain to chase a world championship title. My girls were ecstatic about the chance to travel to the home country of Javier Gomez and to watch their dad race again in the colors of Australia. The plan was set and as a family we initiated the travel plans, the training program and the journey toward success in Spain.

I had not raced a long-course race in over a year, so I had some work to do. I was held accountable to the training I was doing by my kids, and many times I would come home from a bike ride to have either one of them asking me, “How did the ride go today, Dad?” or “Don’t forget you need to run today, Dad.” My training plan sat proudly in our kitchen and my daughters would hold me to my sessions each day. The long miles felt easier to put in as I felt I was carrying the dreams of the entire family and not just my own.

I raced an amazing race in Vittoria, Spain, and won my fourth world title, ahead of local favorite Eneko Llanos and European champion Dirk Bockel. In my entire career, I have never felt so in control and in the moment as I did that day. Every time I ran past my family, they ran alongside me, screaming encouragement. “Dad, you’re racing for Australia. Go, go, go!” I had never seen them so engaged in an event like this. I executed a run that was close to the best in my career, and crossed the line to capture the title that had previously eluded me. My family was there to meet me at the finish line and were as ecstatic and excited as I was.

We returned to the hotel after the race and I sat down to have a late lunch with my family and enjoy the spoils of the day.

My daughters could not wipe the smiles off their faces, and with their green and gold face paint, they held my world championship trophy like it was the most important thing in the world. I was so proud of myself not for winning the race, but for giving them this experience. It was a golden father moment for me, and I sat and listened to them talk about the best parts of the day and the training sessions I had done at home that they “thought were the most important ones.” I even had them suggesting things I needed to look at improving for my next race.

I took a moment to really appreciate not only my day, but how a decision I had made less than two years before had paid me back so greatly. By involving my family, and by truly being open to their needs and desires when shaping my own goals within this sport, I had not only achieved something I had never thought about in winning another world title, but had given my family a memory they will cherish for years because the journey felt as if it was theirs from the beginning.

I am often asked how I am able to balance my training and racing around a busy schedule of family and travel commitments. Sure, I have told people that it is all about time management and structured training, but I think the most difficult thing many of us with families can face when we train for our sport is the time sacrifices that our families have to make. I think this guilt is just as heavy to carry as the workload itself and can hold us back in many ways. I certainly found that by initiating my goals by including my family, and having them involved in every bit of the process changed this for me in a substantial way.

I always thought that to achieve success in triathlon it had to be a selfish and single-minded endeavor. “With great sacrifice comes great reward,” I would tell myself as I tried to chase personal success at the expense of family time. I couldn’t have been more wrong, and I have never seen triathlon give the same joy to my family as it has given to me until these past two seasons. Forget worrying about time management and structured programs when you plan your balance of training and time. Include and engage your loved ones, and your experiences with your training and racing will pay you back more than you can imagine. 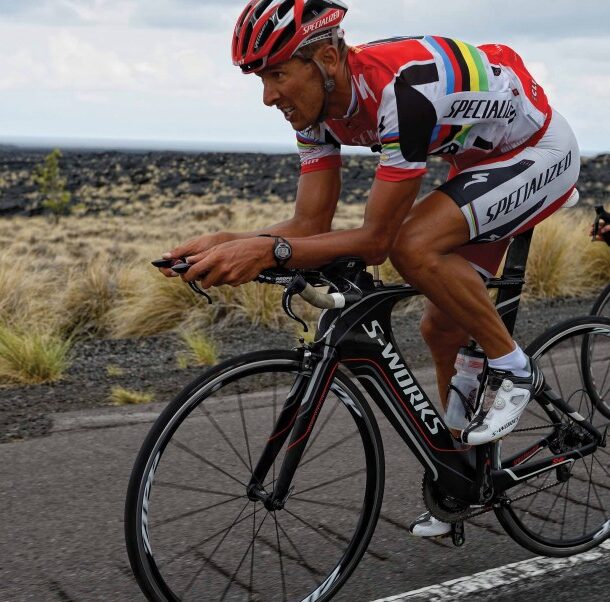 Step Away from the Gadgets
Previous Article 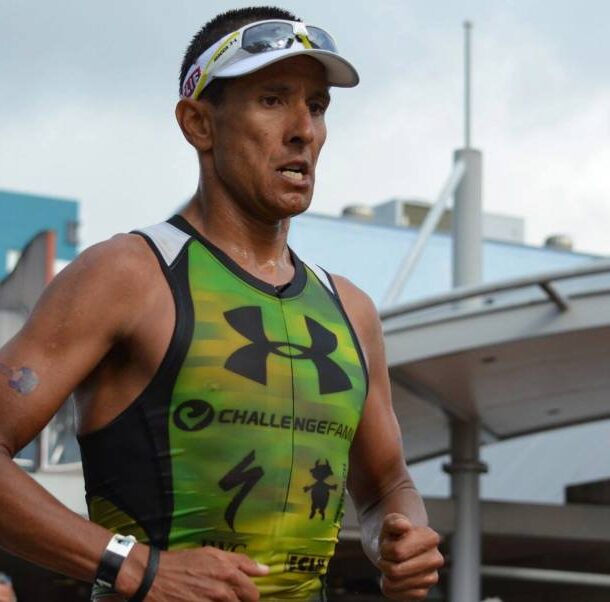 Securing the Sponsor Deal
Next Article