The Next Wave of Pro Triathletes

As an athlete who grew up in this sport, my appreciation of its youthful yet rich history is something that continues to enthrall me. To this day, I get no greater thrill than meeting athletes of the past who were my sporting idols when I was young. I have given talks to triathletes all over the globe, and many are eager to learn how triathlon has morphed into the amazing sport it is today.  

Who were the people who shaped it, and what were the events that ultimately led us to triathlon as we know it? These were the same questions I was asking 20 years ago, which ultimately led to me falling in love with multisport racing.

For triathletes who were competing in the ’80s, our connection to the sport was through magazines (with Triathlete being the gold standard of information). Unlike today, in an era of social media, blogs and quick online journalism, the sport as we knew it was all in printed words and pictures.

I think the power of these words was so important because triathlon had no TV time, and fans of the sport relied so heavily on what was written to understand how an event was won, how an athlete lost or who a new athlete was. I would read and reread the same magazine 45 times. I would stare at pictures of athletes for hours and study the equipment they were using. Today information is so quickly distributed that our appreciation for things is not as deep or as refined. This immediacy has its benefits, but I think the outcome of a fast-forward world is to the detriment to the incredible performances of many of our athletes, and a shallower appreciation of just how far this sport has come.

When I think of 1989, Iron War and the first ITU World Triathlon Championships in Avignon, France, come to mind. If someone mentions 1994, I immediately think of fellow Aussie Greg Welch and his phenomenal win at the Hawaii Ironman, breaking the stranglehold that the USA held over the event. Talk to me about 2000, and nothing compares to Simon Whitfield and his Olympic gold medal. It was triathlon’s debut at an Olympic Games and the crowning moment of our sport.

When I consider 2013, I can only say one thing: At the professional level, it was not the suggestion but the full arrival of our sport’s next wave of champions. When it comes to the short-course racing circuit, there truly is nothing as competitive as the ITU World Triathlon Series. Anyone who watched the 2012 Olympics would have seen the incredible performances of three standout athletes: Javier Gomez, and Alistair and Jonathan Brownlee. I believe these guys are the greatest short-course athletes to ever grace the pages of our magazines. It is a little rude of me to say that this is an “arrival of a new wave,” as they have been winning for years, but without the Olympics on their agenda, they were able to race outside the scope of the ITU circuit and do what they have been doing for years: destroy the best athletes on Earth.

One of the greats of short-course racing was Whitfield, who was doing the exact same things a decade ago as these athletes are doing now. He set the bar, and was the catalyst for this new standard of performance. He announced his retirement in 2013, which truly encapsulates the essence of this article—the former king has abdicated to allow the sport’s newest princes to ascend the throne. They are not aware of it yet, and probably not even thinking about it, but right now there are young athletes training who will dethrone these new princes, and our short-course history will take a new and exciting turn. (Keep an eye out for young Australian Aaron Royal as a future star of this sport, and for a South African hardman in Richard Murray.)

On the Ironman circuit, I believe a new generation of stars has collectively shouted, “We are tops now.” One standout athlete is Sebastian Kienle, who in 2013 ended the speculation of a shaky breakout year in 2012 by defending his Ironman 70.3 world title in Las Vegas in exactly the same way he won the year prior. He tore the field apart on the bike—and that is putting it nicely. He is gifted and hardworking, and has the right mind-set to sit at the top of this sport for quite some time. One of my closest training partners and good friends Terenzo Bozzone had one of the best seasons of his career and grabbed two runner-up positions at world championship races. Knowing where Terenzo has come back from, and appreciating his talent and ability, I can only say that “class” is too simple a word to describe his year. Watching Kona from the sidelines this year and seeing Freddie Van Lierde deliver a performance that Craig Alexander described as a “clinic” to win his first Ironman title in Hawaii was amazing. I was able to stand back and truly admire these young athletes as they’ve matured as competitors.

To this next wave of stars who grace our pages, take a look over your shoulder every now and then to glance at who is coming. Enjoy your battles and embrace your failures. I know I will sit back in pure joy watching them unfold. 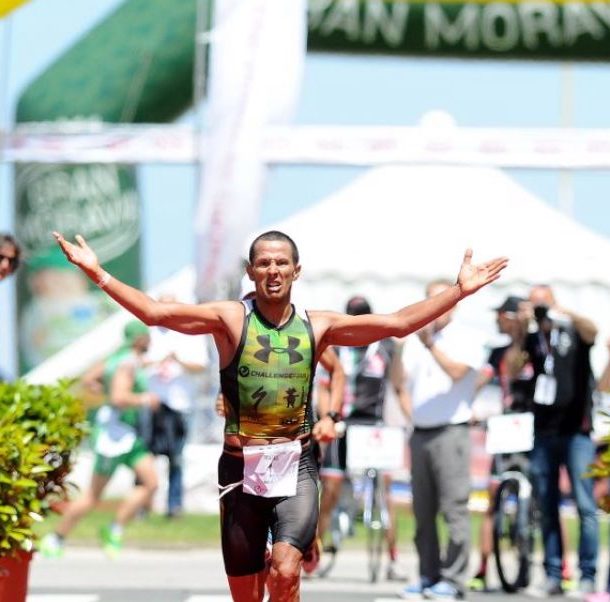 Chris McCormack and his transition to corporate life
Previous Article

IWC Challenge: 4 Lessons to Developing an Ironman Mind
Next Article