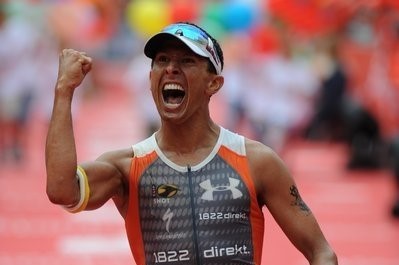 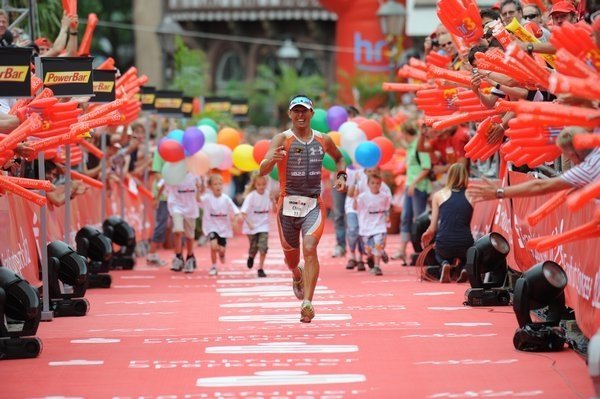 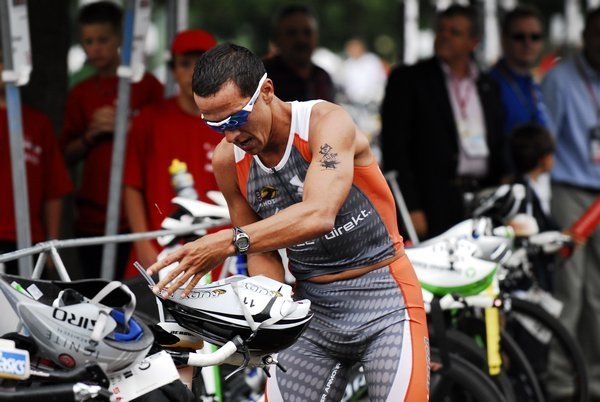 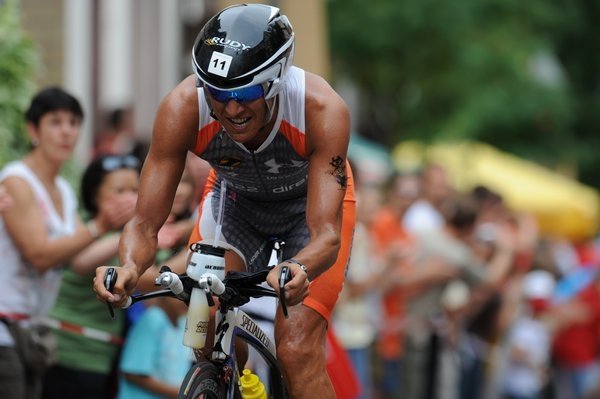 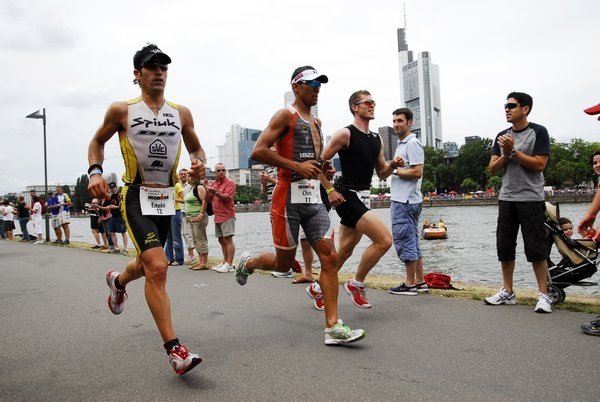 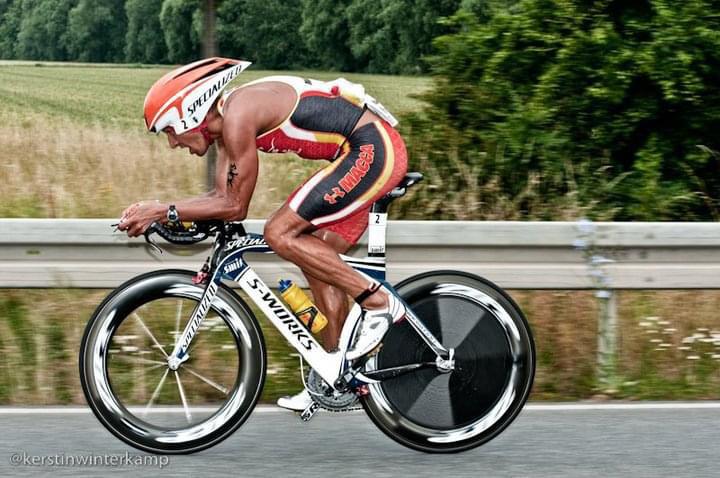 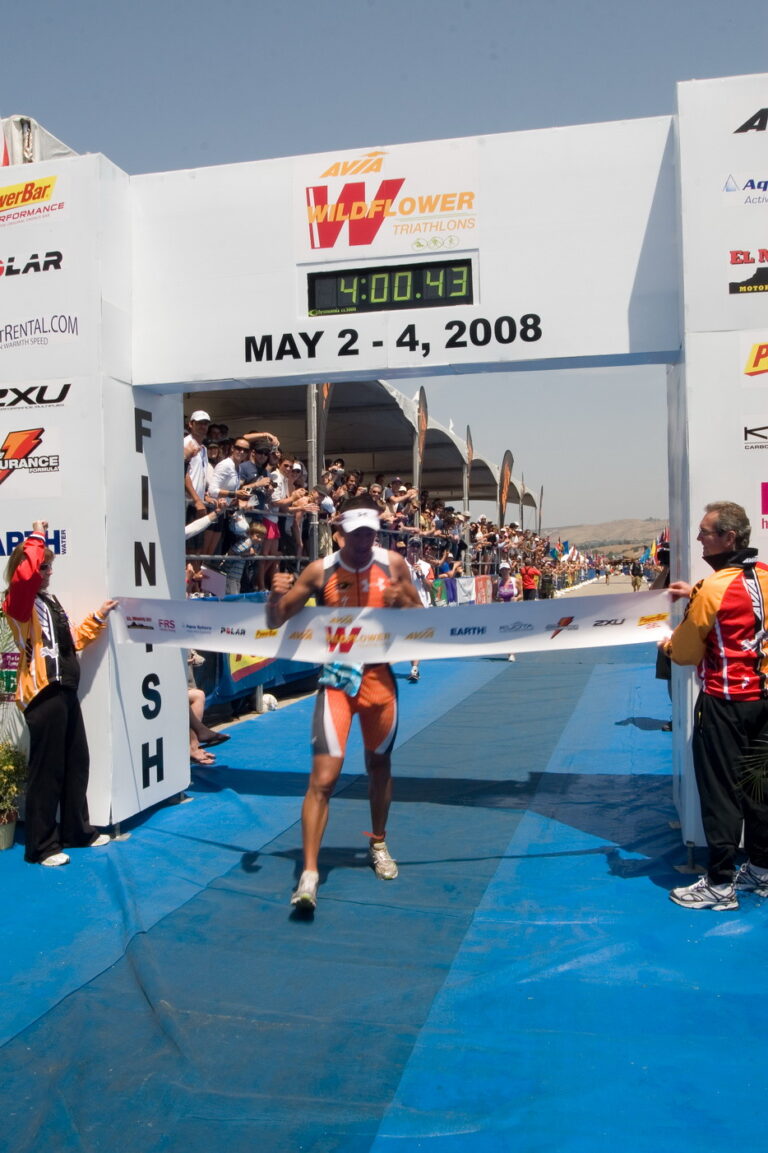 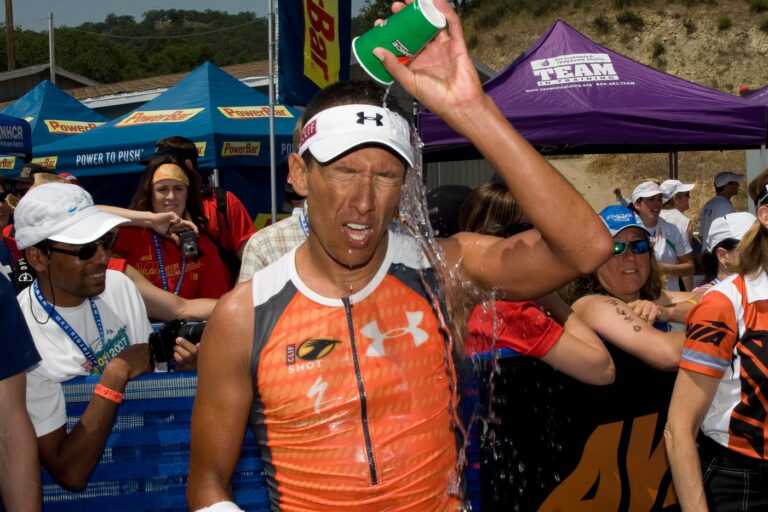 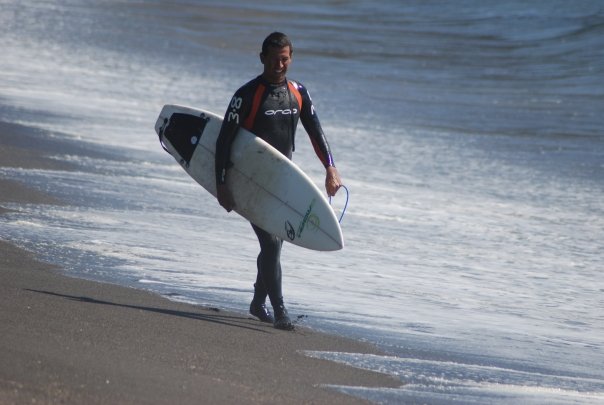 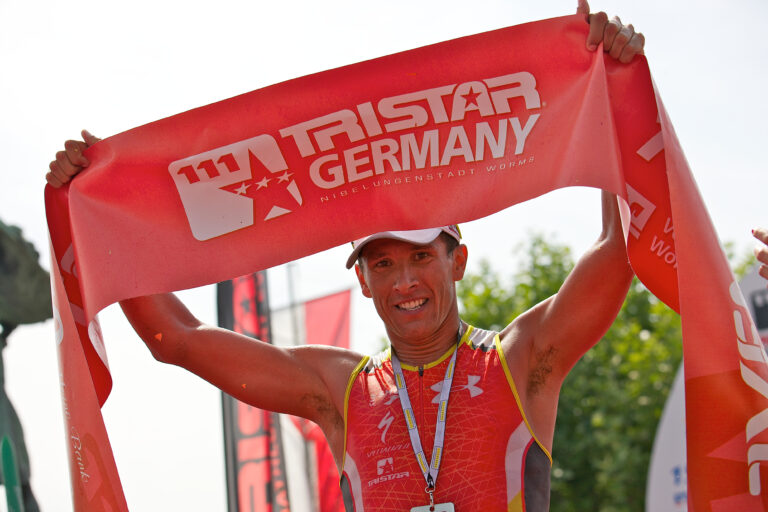 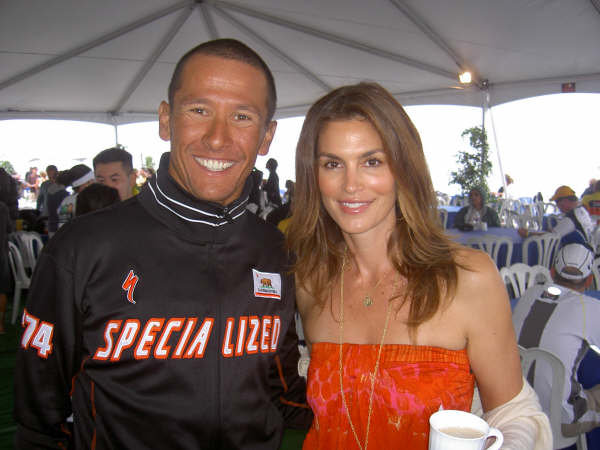 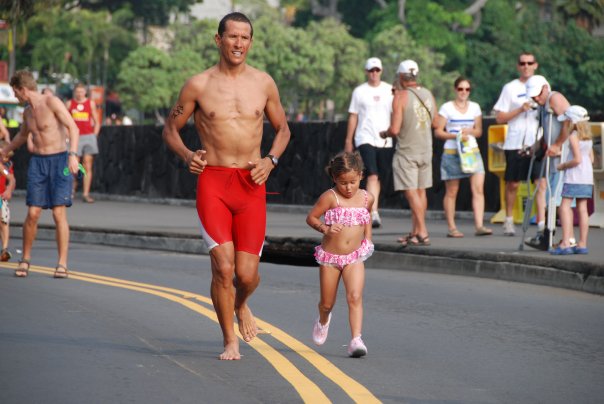 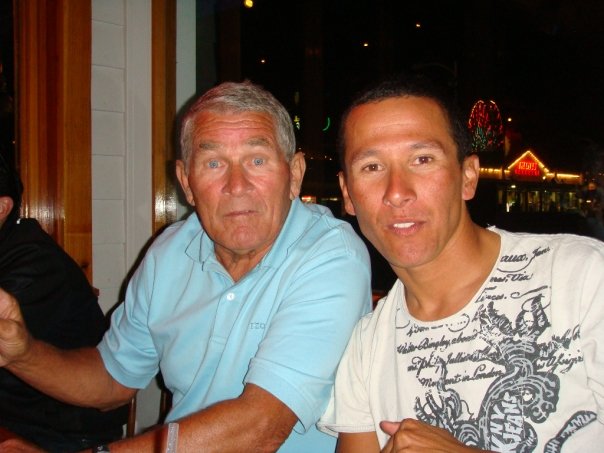 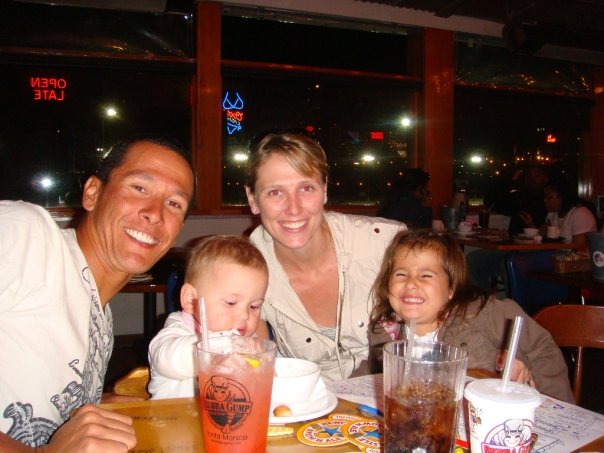 Coming into 2008 as world champion, McCormack took an extended early season break, opting to open his A racing schedule with an attempt at a fourth title win at Wildflower in May. On a race course that McCormack had made his own, and one of the toughest bike and run courses ever raced over the half-ironman distance, Macca shut out the field with an emphatic victory in a match race against Spanish legend Eneko Llanos.
McCormack signed the biggest racing contract in the sport’s history to race the Ironman European Championships in Frankfurt against Europe’s best. More importantly to the German home crowd, this was an opportunity to see Macca race Norman Stadler (the course record holder in Frankfurt) and Faris Al Sultan — the three athletes who owned the last four world championship titles between them.
After doing a course recon in May, McCormack declared he would achieve a sub-8 hour performance to win this event, and his critics quickly attacked his “lack of respect” for the course and the athletes who had raced it in the past.
He said, “In my opinion, Frankfurt has been a soft race in years past. All the talent in the world has been coming to Roth and I have raced them and defeated them every year for the past five years. Norman Stadler may have the course record here, but it is a soft record, and even with the longer bike course this year, I expect to see that record tumble.
“With the energy around this year’s race, this event is bigger than the World Championships this year. More money is on the line, and we can put an end to this feud that boiled over two years ago. I thought I ended it last year by winning in Kona; obviously that was not the case. I am both ready and eager to race my peers on their home course. Just make sure we have no excuses this time around.”
This statement lit up the triathlon world and coming off the back of McCormack’s wins in Wildflower, Ironman 70.3 Mexico, Ironman 70.3 Hawaii and Ironman 70.3 UK, this would become the most-watched triathlon race of the year.
However, he would make true his prediction in a flawless victory and the first time ever the eight-hour barrier was broken in Frankfurt (even with a longer course) making Macca the first athlete to ever break the magic barrier on more than one course.
McCormack would win at Ironman 70.3 Barcelona, Ironman 70.3 Florida and finish 3rd at Ironman 70.3 Monaco to round out a solid season.

In honour of his late mother, he established what would later become the MaccaNOW Foundation. Initially setting out to raise 140.6 dollars for every day his mother had lived (19,455), it became McCormack’s mission to raise and donate $2,735,373 over the duration of his career. (Read more about the MaccaNOW Foundation.) He would raise more than $750,000 in that first year.

After 12 years living in the USA, McCormack moved his family back to Australia.