With Kona just days away, Southern Spin is in full triathlon mode. Without question, the Hawaiian Ironman is toughest one-day endurance race in the world.

With so much anticipation in the air, Southern Spin decided to get the inside scoop from one of the sport’s most successful – and outspoken – athletes and talk to McCormack, a two-time Ironman World Champion, about his thoughts on the race, what it takes to win and who he thinks stands a chance on Saturday, October 11 on the Big Island of Hawaii.

Here’s what “Macca” had to say from his coaching headquarters at Thanyapura in Phuket, Thailand, just days before heading to Kona…

Southern Spin: Macca, you’ve pretty much done it all in your career. You’ve won Kona twice, as well as winning the ITU World Championship and World Cup series (1997), and the ITU Long Distance World Championship (2012)… Looking back, any regrets?

A lot of people ask me if I’m going to go back to Kona, and I’m like no. For me it was about solving a puzzle. I was told by the best sports scientists in the world that I should have gone to Athens and take on my old nemesis Hamish Carter (NZL) and try to win an Olympic gold medal. But Kona was all I ever wanted to do and I wasn’t going to listen to anybody that told me that just because I was 80kg and sweated too much that I couldn’t do it.

SS: The Australians have dominated Kona for the past eight years in one way or the other in terms of either an elite man or woman finishing atop the podium. You were a big part of that streak, as was Mirinda Carfrae continuing that streak by winning her second title. Pete Jacobs, who won the year before, was not so lucky. Do you have any thoughts on his chances to reclaim his title in 2014?

CM: Pete is a unique character and I’ve known him for a very long time. Pete is a very emotional racer and he has to be in the right frame of mind before he goes about and does something. I know he has had a very rough year.

You know it’s very difficult to carry the weight of the world championship and people rarely defend, I think ‘Crowie’ was our last man to defend and before that it was Tim DeBoom (USA).

Pete has the talent to be competitive; whether he can be competitive we will see. I think every single year we get to this time and start trying to pick who’s going to win this race, and I don’t think Pete is on many peoples win list. But desperate people can do some amazing things and when you have nothing to lose you have everything to gain.

SS: Another Australian, Luke McKenzie, came close last year finishing second overall. Do you think McKenzie has what it takes to take it to that next step at Kona?

CM: I think Luke is in a good place this year. He just had a baby and he is in a very good place. Last year’s performance by Luke was incredible and he was always on a progression. He’s no rookie at the event so he knows what to expect.

SS: Do you see any weaknesses in his game?

CM: I think he has a lot of work to do on his run, but I think he is one of the best bikers in the world. I had the opportunity to see him race in Roth. I was shocked at his swim in Roth and spoke to him after the race and he has been having some issues in the swim with these wetsuits but he won’t have that in Kona, so I don’t think you will see that poor swim from Luke. If you put him within that front bunch the whole dynamic of that race changes. He reminds me of [Chris] Lieto (USA) in that he is very aggressive on the bike and can literally tear the bike apart especially if conditions are difficult.

CM: There is a cloud of doubt on Sebastian Kienle. I’m hearing on the grapevine about a possible injury, but it might just be a nervous pre-race.

I really think to win Kona you need to run the low 2:50s. You saw that last year with Frederik Van Lierde, as he executed a big bike and still a low 2:50 run, but that’s what you need to do and Luke has yet to do that.

I would love nothing more than to see Luke McKenzie or another Aussie at the pointy end of this field and win the race.

SS: Here’s a stupid question, which women do you like this year?

CM: As you know I’ve been working with Caroline Steffen (SUI) all year and she just did a huge block here in Thanyapura with us in the heat and she came out of here in amazing form. I saw her in Mooloolaba at the 70.3 [Sunshine Coast] and she dropped a huge run.

I need to have Caroline believe she can run, because the dynamic of the women’s race has changed since the Chrissie Wellington (GBR) days. You know it’s very much in a place like the men’s field in the mid-2000 era when there was a front group and you saw that last year. I think that was strange for someone like Caroline.

You know this year you are going to have Daniela Ryf (SUI), Caroline Steffen, Rachel Joyce (GBR), Meredith Kessler (USA), Jodie Swallow (GBR) and Leanda Cave (GBR). These girls are going to do very well and be very aggressive on the bike.

Daniela is making her Kona debut, but she is coming off a huge year with an Ironman 70.3 World Championship win.

CM: When you have someone like ‘Rinny’ who is going to run low 2:50s, you will have a desperate group up front that are all going to push hard and Caroline needs to be smart and I think she can really win this race.

But I think the ball is in ‘Rinny’s’ court as she is the form athlete. She dominated Roth and I think she is going to be up there.

I like to think it’s Caroline’s race to lose but it’s very, very different to go from second place in Hawaii to winning it. You know, someone has to step up and as I said to Caroline, ‘why not you?’

SS: Finally, what makes Kona such a special place and what does it take to win it?

I’ve won world championships and many races around the world, but it’s those two Hawaii Ironman victories that I guess bookend my career and are the ones that people remember me by, even though I am probably more proud of my ITU world championship win than my Kona wins. It’s the single race that transcends what we do and you have got to get it right.

It’s the most selfish endeavour you will embark on and it will be the most uncomfortable, horrific day of your life. You will go to places you don’t want to go. For guys like me who’ve been there I just don’t want to go back there again.

I remember speaking to Peter Reid (CAN) in 2004 and he said he didn’t want to go to the Worlds anymore and I couldn’t understand that at the time. Now I totally understand it. The race takes something from you and you have to be prepared to take years off your life.

But in the end it’s definitely worth it. 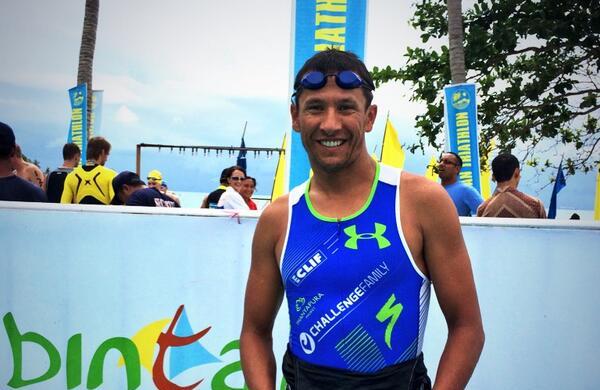 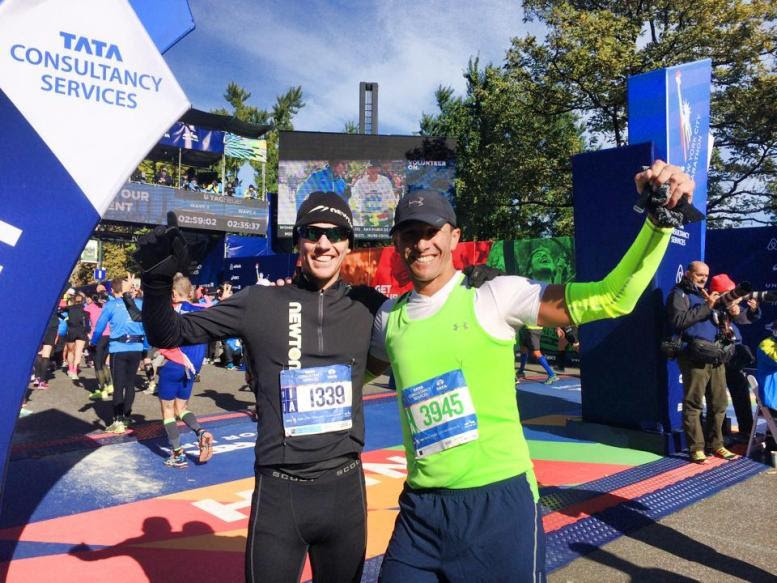 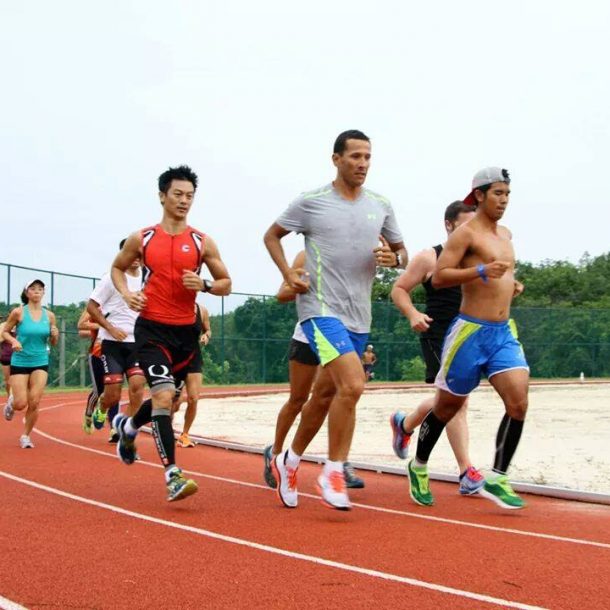 Breakfast with Bob at 2014 Kona: Chris McCormack
Next Article