In the 16 years since its inception, the Challenged Athletes Foundation (CAF) San Diego Triathlon Challenge (SDTC) has evolved from a single race held for one athlete’s benefit to a multi-event, four-day festival that contributes to the lives of hundreds of families and individuals.

From October 22-25, athletes and their supporters from around the world and across the United States convened on San Diego, California, for workshops, fundraising, family events, grant presentations, competitions, and perhaps most importantly, the vibrant spirit of community that CAF is famous for.

“We had a phenomenal turnout,” said Virginia Tinley, CAF executive director. “We had more challenged athletes at the event than ever—about 194 were involved. At the triathlon itself, the number of participants, sponsors, volunteers, and spectators added up to one of our biggest years.”

“On Saturday,” Tinley added, “we offered a running clinic for leg amputees, a swim clinic for arm amputees, and a triathlon clinic for wheelchair athletes.” The running clinic was hosted by Ossur, she said, “and was led by renowned physical therapist Bob Gailey, PhD, from the University of Miami and featured Paralympic champions Brian Frasure, CP, and Marlon Shirley. About 75 amputees took part, from age four all the way up to age 70. At the end, Bob divided the group into two relay teams. The final two runners were Paul Martin, a Paralympian, and Chris McCormack, an able-bodied athlete who won the 2007 Ford Hawaii Ironman Championships. Paul and Chris were running at lightning speed, and I think Paul was out-sprinting Chris. There was a big crowd out there, and everybody was just going nuts.”

On Sunday, La Jolla Cove turned into CAF village. From there, more than 600 participants swam, cycled, and ran in the SDTC, raising more than $1 million. Meanwhile, others joined events including the Tour de Cove Spin-a-Thon, the Paul Mitchell Cut-a-Thon, a kids’ run, and play in a family-fun zone. Later, a variety of challenged athletes received the benefit that CAF was created to give: grants of adaptive athletic equipment, including a Krank-cycle, running legs, and handcycles.

Tinley says the SDTC has grown so impressively for many reasons. Triathlons and rides “are really a draw in themselves,” she says, and CAF “makes a huge effort to make sure that once people are involved that they really understand the charity and get hooked by the cause.” People might participate once, she says, “and then come back next year and bring friends not only to be part of a great event but to be inspired and feel like they’re doing great things for other people.” 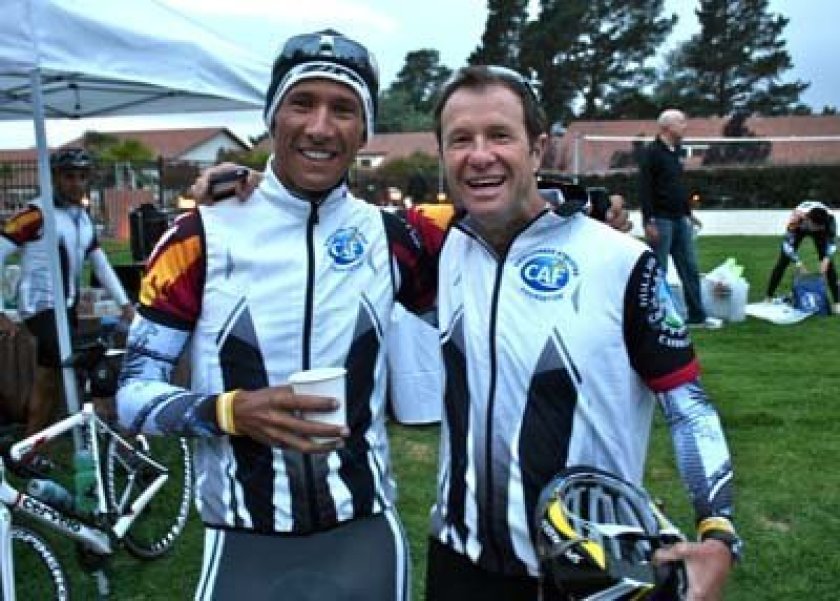 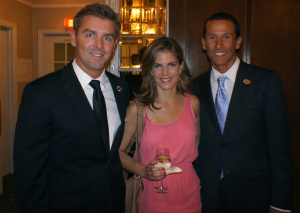 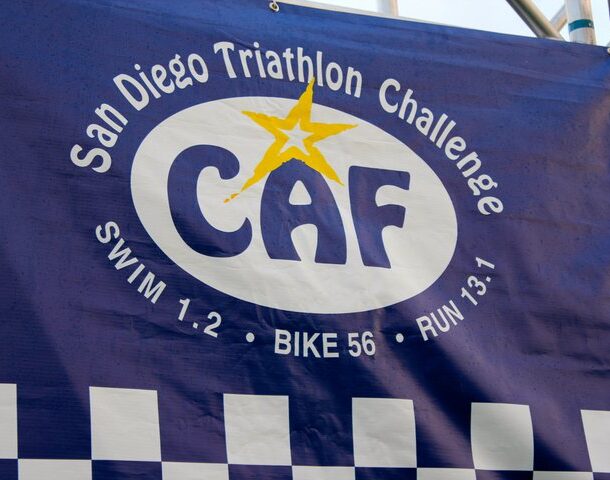 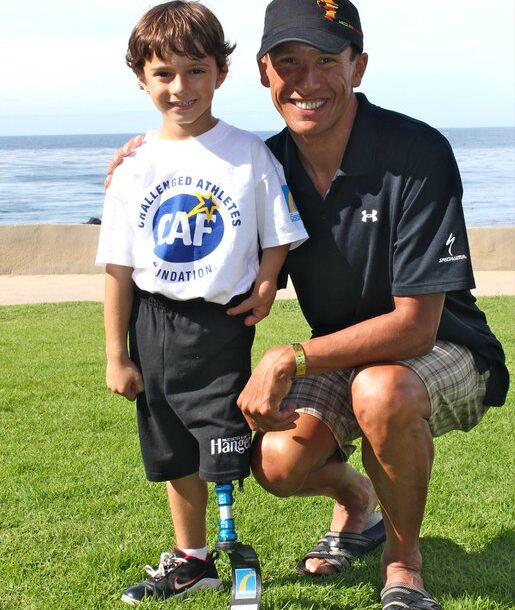